I’ve seen it a lot lately on social media with the revamped outrage over abortion laws. “Muh 14th!!”. “Muh right to privacy!!”.

The majority of posts containing this are by people who have never read the 14th Amendment, and would probably fail the citizenship test if they were forced to take it.

Here is the actual Amendment in all its glory:

Section 2. Representatives shall be apportioned among the several States according to their respective numbers, counting the whole number of persons in each State, excluding Indians not taxed. But when the right to vote at any election for the choice of electors for President and Vice President of the United States, Representatives in Congress, the Executive and Judicial officers of a State, or the members of the Legislature thereof, is denied to any of the male inhabitants of such State, being twenty-one years of age, and citizens of the United States, or in any way abridged, except for participation in rebellion, or other crime, the basis of representation therein shall be reduced in the proportion which the number of such male citizens shall bear to the whole number of male citizens twenty-one years of age in such State.

Section 3. No person shall be a Senator or Representative in Congress, or elector of President and Vice President, or hold any office, civil or military, under the United States, or under any State, who, having previously taken an oath, as a member of Congress, or as an officer of the United States, or as a member of any State legislature, or as an executive or judicial officer of any State, to support the Constitution of the United States, shall have engaged in insurrection or rebellion against the same, or given aid or comfort to the enemies thereof. But Congress may, by a vote of two-thirds of each House, remove such disability.

Section 5. The Congress shall have power to enforce, by appropriate legislation, the provisions of this article.

I never claim to be the smartest person in a room (except the time my 2 year old daughter asked what sheep look like. So I drove the family to a Democratic Socialists of America meeting. The wife was angry, the kids were confused, and I laughed like an evil genius. Then we went to the petting zoo to see smarter animals), but did you see anything about abortion or privacy? Neither did I.

The real reason they regurgitate this as a defense is that the mainstream media constantly pushes your “right to privacy” and the use of the 14th Amendment in the landmark Supreme Court decision to Roe v Wade. The problem is, they never explain it. They know that if they did, normal people would see through the expertly timed, fame motivated, sham that was the opinion handed down.

Let’s start with going over what your “right to privacy” is.

The answer is nothing.

There is no such thing as a right to privacy detailed in any founding document or Amendment thereafter. The 10th Amendment left this, and an abundant amount of other laws, up to the States to decide.

I think we can all agree that privacy laws are great. They protect us from other people or entities controlling or prying into our lives in many different ways. Unfortunately privacy is not a right. Much like healthcare is not a right. Or universal income is not a right. Or anything else anyone spouts that isn’t in the constitution.

But as always, don’t let that get in the way of attention whores sitting on the Supreme Court.

In 1923, Meyer v Nebraska, the court decided to legislate from the bench. In the opinion handed down, a “right to privacy” was born. They literally wrote a ghost Amendment to the constitution that would be used in opinions forever more.

Justice McReynolds, who wrote the opinion, used one word from the 14th Amendment to make the case. Liberty. The argument being that public schools and government infringed on a parents “private” decision that their child was too young to learn a foreign language.

Fast forward fifty years to 1973 Roe v Wade, and the 14th Amendment gets perverted again with the fake right to privacy.

It’s well stated in section 1 of the 14th, “…nor shall any State deprive any person of life, liberty, or property, without due process of law…”. With that, it was up to attorneys to prove to the court a baby is not a person, and up to the Justices to justify it (at the time the 14th Amendment was being written, in legal dictionaries the words “person” and “human” were synonymous).

The best thing (if there can be a positive from Roe v Wade) said in the opinion about person-hood or life was this:

“When those trained in the respective disciplines of medicine, philosophy, and theology are unable to arrive at any consensus, the judiciary, at this point in the development of man’s knowledge, is not in a position to speculate as to the answer.”

Great! Now all we have to do is prove that medicine and science have advanced to a point that proves life begins at conception.

Which we did two years later…

“The development of a human being begins with fertilization, a process by which two highly specialized cells, the spermatozoon from the male and the oocyte from the female, unite to give rise to a new organism, the zygote.”
[Langman, Jan. Medical Embryology. 3rd edition. Baltimore: Williams and Wilkins, 1975, p. 3]

“Embryo: The developing individual between the union of the germ cells and the completion of the organs which characterize its body when it becomes a separate organism…. At the moment the sperm cell of the human male meets the ovum of the female and the union results in a fertilized ovum (zygote), a new life has begun…. The term embryo covers the several stages of early development from conception to the ninth or tenth week of life.”
[Considine, Douglas (ed.). Van Nostrand’s Scientific Encyclopedia. 5th edition. New York: Van Nostrand Reinhold Company, 1976, p. 943]

“Fertilization is a sequence of events that begins with the contact of a sperm (spermatozoon) with a secondary oocyte (ovum) and ends with the fusion of their pronuclei (the haploid nuclei of the sperm and ovum) and the mingling of their chromosomes to form a new cell. This fertilized ovum, known as a zygote, is a large diploid cell that is the beginning, or primordium, of a human being.”
[Moore, Keith L. Essentials of Human Embryology. Toronto: B.C. Decker Inc, 1988, p.2]

“Zygote. This cell, formed by the union of an ovum and a sperm (Gr. zyg tos, yoked together), represents the beginning of a human being. The common expression ‘fertilized ovum’ refers to the zygote.”
[Moore, Keith L. and Persaud, T.V.N. Before We Are Born: Essentials of Embryology and Birth Defects. 4th edition. Philadelphia: W.B. Saunders Company, 1993, p. 1]

“Although life is a continuous process, fertilization is a critical landmark because, under ordinary circumstances, a new, genetically distinct human organism is thereby formed…. The combination of 23 chromosomes present in each pronucleus results in 46 chromosomes in the zygote. Thus the diploid number is restored and the embryonic genome is formed. The embryo now exists as a genetic unity.”
[O’Rahilly, Ronan and Miller, Fabiola. Human Embryology & Teratology. 2nd edition. New York: Wiley-Liss, 1996, pp. 8, 29]

Now let’s prove the 14th Amendment has nothing to do with abortion or a fake right to privacy. For this, all we have to do is read the dissenting opinion by someone who really was the smartest person in the room. Here is an excerpt:

“…To reach its result, the Court necessarily has had to find within the scope of the 14th Amendment a right that was apparently completely unknown to the drafters of the Amendment. …. The only conclusion possible from this history is that the drafters did not intend to have the 14th Amendment withdraw from the States the power to legislate with respect to this matter.”

By the year 1868 when the 14th Amendment was ratified, 20 of the 37 States had anti-abortion laws. Congressman John Bingham’s (author of section 1, 14th Amendment) home State of Ohio had some of the oldest abortion laws starting in 1834. By 1890 there were 44 States and in some way shape or form every single one of them outlawed abortion (for the sake of accurate information, most of those laws referenced the “quickening” as the cut off, which usually happens between weeks 13-16 of pregnancy).

The truth is, the Supreme Court is just as swampy as Congress. Great Justices are few and far between. They not only shape our laws by interpretation, but they shape our morals for generations by way of neglect or misrepresentation of what the great men of this country set out to accomplish long ago.

Roe v Wade needs to be overturned and States rights need to be reinstated.

In closing, a message for the pink hat wearing, sign stealing, uglier than sin, baby murdering, faux feminists out there. Until you and your girlfriend can create a baby, I will continue to have an opinion and fight for the lives of the unborn boys and girls. 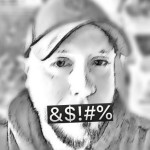 Dean is a businessman, conservative activist, and ex-Congressional Candidate in Nevada.

Virginia State Senator Issues Warning Ahead of 2A Rally: “We are Being Set Up”

Even the Bots come out to wish Michelle Obama Happy Birthday