Yes, I know I’m late. As many of you also enjoyed too much PBR and BBQ ribs, punctuated with smoke that comes from both successful and disastrous attempts at the “rocket’s red glare”, you too know that sometimes we need a day or two to recover.

As we all sober up and remember that our social order has been recently turned into a impressionist, twisted, version of what it was a year ago, we need to steel ourselves and look at the big picture! There are only one hundred and eighteen days until election day 2020, and THIS is the time to choose your war zone and go on the offensive, so to speak. I don’t need to remind you of the tumultuous year behind us…

The sham, shameful, and outright treasonous attempt at an “impeachment” by the Speaker Pelosi and her minions…it failed, but wasted months of valuable legislative time and millions in tax dollars, similarly to the practically antiquated Mueller investigation. And all for a supposed phone call, one that now Presidential nominee Biden boasted about proudly committing while in office. Then the Chinese plague, shuttering our economy and starting a “new normal” that we hear about out of every screen and speaker, where we are encouraged to hide at home and stay away from our means of employment, staying masked, frightened and compliant…unless you want to participate in a left wing/globalist approved riot, of course.

Along with these declarations of social distance requirements, shockingly, comes the suggestion…then agreement…then demand for a mail-in ballot election this fall. Are you surprised? Or, like me, did you see the writing on this wall as soon as the DNC begrudgingly chose former VP Biden as their front runner? Since the start of our most heinous of pandemics, Biden has been hiding at home and behind his own mask, muttering slogans to the operator of his Twitter account and only leaving home to literally kneel for the BLM protesters and ANTIFA terrorists.

After weeks of riots, the ONLY man in power who even pretends to uphold the ideals and safety of Western Law and Order quelled the mobs…but not after large amounts of local damage to the, ironically, mostly Democrat leaning areas. A practical rainbow of civilian riot related deaths ensued, with a slippery slope in motion where BLM protesters start pulling down statues of Lee over his participation in the civil war, and end up demanding that our nation dismantle the system of law and enforcement entirely. CHAZ showed us what that looks like on the small scale, and the DNC candidate Joe Biden supports it’s implementation on the large scale, should he win the presidency. Does that sound like Western civilization to you?

Throw in the facts of media censorship across the board targeting any words falling to the right of Marx, the sudden “pop culture” purge, and the fact that EVERY corporation we buy our goods from went out of their way to show US that they couldn’t care less about the majority of civil Americans…and it should become abundantly clear that THIS is it. These people…the left, the Swamp, the Globalists, the Deepstate, they are going ALL in, and throwing off the cloak of good intentions openly to attack and dismantle any notion of a fair election. One search online about Joe Biden and five minutes of observation will tell you exactly why a charade of this size and scope are suddenly necessary…he has no chance against anyone on a debate stage or in a polling booth, and is sadly deteriorating mentally. The DNC couldn’t care less, unfortunately, and will make their puppet dance until he runs out of string. THESE are the people were dealing with, the one’s who would run the nation while Biden naps.

My point is this: now is the time to get active, angry, and motivated. Locally, digitally, I don’t care where. IF we don’t make this a landslide, and a confirmation of our support for the Trump doctrine over globalist, bigoted, rot…then as some have said, we will be hunted by the rabid mobs, and our politicians will kneel and clap while ignoring our pleas for help. Donald Trump needs the Presidency, the Senate and the House. Only WE can make sure that happens.

This can go down in the history books as the point where the rot was exposed and expunged, by whatever means necessary and at the order of those who truly have our support. Or…it can be the true end to the great American experiment, and our republic in general. Riots, legislated bigotry, forced segregation and reparations, eventual civil war…that’s what awaits us if we let the polls get us down and let the demoralization fester. Only we can keep America great, and only we can re-elect the man in our corner. 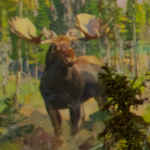