Facebook Just Censored Me : You read that right, Facebook just took down my entire account, not blocked or suspended, it no longer exists (go to facebook.com/gods10rules)

They claim my entire account “goes against their community guidelines”. How would that be when I’ve had this account for 3 decades know since late 2000s (I think ,not quite sure, how long I’ve been on Facebook).

I know this is politically motivated, especially with the even higher political tension in recent weeks, than usual in recent years.

I’ve had no problems with Facebook these past weeks and just today they took down my account out of the blue, no warning, no nothing.

Facebook Just Censored Me : As of publishing this, they haven’t replied to me yet.

The only thing I can thing off is I was sharing videos from Tim Pool’s YouTube channel, which Pool describes himself has a “milquetoast fence-sitter, he also self describes to be a “social liberal”), about recent events.

The most recent video of Pool’s that I watch was titled “Tucker Carlson SLAMS Celebrities For Bailing Out Rioters, I Say Let The Cities Get What They Want”

I shared one of his videos early today, and just recently went to share is another video, they in told me my account was “deactivated” because it “goes against their guidelines”

They claim they needed my ID to “prove I’m not bot” (speaking of ID proof, that seems to be something liberals are against when it comes to voting), at first I didn’t want to give them my idea until I realize my entire account went down the memory whole, so I reluctantly gave in because I need to get my account back up it has all my personal photos and real-life friends, and some online political ‘friends’ I’ve “met” over the years.

Yet, Facebook still bans, blocks, suspends or even at times takes down entire accounts for dissenting views (aka political speech).

So, which is it Zuckerberg?

You can’t have it both ways Zuckerberg.

Eventually your actions will catch up to all of you, sooner rather than later.

I will also be reaching out to The White House and President Trump later to this week to see what can be down about censorship. President Trump himself was recently censored by Twitter.

It’s so stupid an quite frankly demonstrates the complete double standards of these social social media conglomerates, when they allow actual real threats against the President or anyone on the right right, or even the few reasonable liberals, that feel like they’ve been dejected form the the left or more precisely the Democrat Party.

And of course, they have this Covid-19 notice BS, “reviewing your information may take longer than usual”

How reviewing information be much harder than taking an entire account down in on second?

If they can block, ban, suspend you, or even take your account down in one second during this pandemic.

Then what’s so hard about reviewing the information from home?

However, still haven’ been told me what content i posted that went “against their community standards”

Here’s the screenshot from my support inbox 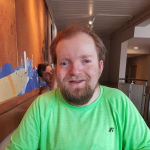