Democrats in power such as Bernie Sanders and Alexandria Ocasio Cortez have fully embraced the idea of socialism. Or as they call it, “democratic socialism”. This is truly alarming because they’re embracing the same economic system that has killed over one hundred and fifty million people in the last hundred years. It’s interesting that socialism is getting so much support when it has miserably failed in every single country where it has been tried, while capitalism, on the other hand, has been the greatest wealth-creating engine in the history of the world! But, before we dive further into that let’s take a quick second to find out what capitalism and socialism really mean.

CAPITALISM is the free exchange of goods and services between independent people. Capitalism teaches people to work hard in order to earn their own money to be able to take care of themselves and others. SOCIALISM is the full-on nationalization and redistribution of wealth, land, and industry by the government. Socialism teaches people laziness and to feel entitled to free stuff. It teaches people that just because you have less than someone else then that means you can demand that person’s hard-earned money or even land.

A big difference between socialist and capitalist countries is where the power lies. In socialist counties, ultimate power goes to the few government elites because they own the means of all wealth and production, which can easily lead to a dictatorship. That has happened in many socialist countries. Venezuela, Cuba, China, North Korea, the USSR, and Germany are just a few countries that socialism corrupted into a dictatorship. As President Donald Trump said, “Socialism promises prosperity, but it delivers poverty, socialism promises unity, but it delivers hatred and it delivers division. Socialism promises a better future, but it always returns to the darkest chapters of the past. That never fails. It always happens. Socialism is a sad and discredited ideology rooted in the total ignorance of history and human nature, which is why socialism, eventually, must always give rise to tyranny, which it does.”

There’s no question that socialism is gaining support. The question is why. I believe that socialism is gaining support because it’s posed as fair by people like Alexandria Ocasio Cortez who is known as the new “fresh face of the Democratic Party”. Democrats in power are saying it’s fair because it takes the wealth away from the rich to make things more equal. Yes, it’s true that socialism creates more equality between the people but the downside is that everyone becomes equally poor. The poor people never get richer under a socialist country. The rich and middle class only become much poorer. In a capitalist country, every single person has the ability to get out of poverty by working hard to earn money. Just because socialism makes things more equal does not mean it’s fair. Let’s look at the definition. “Fairness is getting what you deserve”. What socialism does is it takes well-deserved money away from hard-working Americans and then gives it to other people that the government elites think need it. That’s anything but fair. In a capitalist country, just work hard and you’ll get what you deserve! That’s fair.

I think another factor in why socialism is becoming so popular is because it’s promised to be morally superior to capitalism, but socialism being moral couldn’t be further from the truth. Socialism is immoral because it is theft. What is the definition of theft? Theft is “unlawfully taking something from a person by force”, which is obviously immoral. Socialism is theft made legal! Then the left claims, “Democratic socialism is moral and isn’t theft because it’s democratic”. Just because it was voted for or if the majority of people support it doesn’t automatically make it moral. Think about it. If there are three people in a room and two of them vote to beat the other person up and steal his money, it is still theft. It is still immoral even though they had a vote. Popularity doesn’t change the morality of socialism. Slavery was supported by the majority back in the day however that didn’t make it moral. The majority of people today support abortion but that doesn’t make it moral. Socialism is theft, and theft is immoral whether or not it’s voted for or supported by many. Period.

Now aside from socialism not being fair and being unbelievably immoral, does it work? That should be the main focus. Has socialism ever worked before and will it work today if implemented in the United States? The answer is a definite no! Democratic Socialists like Bernie Sanders falsely claim that socialism has never been tried. But that is a straight-up lie. Socialism has been tried over a hundred times in the last hundred years and it has horribly failed in every single example.

Venezuela for instance, once a prosperous nation with a bright, promising future was the richest country in South America and the fourth richest in the world! Hugo Chavez promised a “socialist paradise” to the Venezuelan people and claimed that Venezuela would become a better, more fair place if he got rid of the “evil capitalists”. After Chavez won the election in 1999 and implemented socialism to the great nation of Venezuela, socialism destroyed the country. According to Reuters, nearly ninety percent of Venezuelans live in extreme poverty while the average Venezuelan has lost almost twenty-five pounds in one year due to starvation. Venezuelans are even having to eat their own pets because they don’t have necessary food items like bread, eggs, rice, etc. Sick Venezuelans are taking medication for dogs because they don’t have the money to get proper medication and even if they did have money it would be worthless. Money in Venezuela is not even being picked up off the ground because of how worthless it has become. Not only have people become extremely poor but the murder and crime rates have also skyrocketed. Things as simple as clean water and electricity have become a luxury for only the Venezuelan government elites. What happened to Venezuela could happen here in the United States if we fall for the false promise of a socialist utopia.

Venezuela isn’t the only country that was destroyed by socialism. Just look at Cuba, once a good country but destroyed by the socialist, Fidel Castro and today people wait in lines for hours to buy basic groceries like bread, eggs, and soup. Socialism not only makes people poor but it also kills. North Korea, a socialist country in which over half of the population lives in extreme poverty has killed almost five million people. Sixty-two million people were killed in the socialist USSR (Union of Soviet Socialist Republics). Twenty-one million people were killed in the Socialist Nazi (National Socialist German Workers Party) Germany. Eighty-two million people were killed in Mao’s socialist China. Not only would American citizens go into extreme poverty but millions would die here in the United States if we implement socialism. Of course, things won’t go wrong right away. At first, the country would look good but after the money runs out, the United States would end up like the other countries that tried socialism. Here’s a few other places were socialism was tried but failed.

All of those countries tried some form of socialism and it never worked. Not once! As Dr. Thomas Sowell said, “Socialism sounds great. It always sounded great. And will probably always continue to sound great. It is only when you go beyond rhetoric, and start looking at hard facts, that socialism turns out to be a big disappointment, if not disaster”. After looking at those facts we can clearly see that socialism has been the greatest killer in human history and has never been successful!

Bernie Sanders and other democratic socialists like to point to the Nordic countries as places where socialism has worked. The only problem is that the Nordic countries are actually not socialist. They are free-market capitalist countries with some socialist redistribution programs on top, kind of like the United States with our Medicare, Social Security, and Welfare. In fact, according to the Fraser Institute, Nordic countries like Denmark, Sweden, and Switzerland have much freer economies than the United States, meaning that they are technically more capitalist. Danish Prime Minister, Lars Lokke Rasmussen had to address the misconception that is often promoted by American democratic socialists when they say that the Nordic model is a form of socialism saying: “I know that some people in the U.S. associate the Nordic model with some sort of socialism. Therefore I would like to make one thing clear. Denmark is far from a socialist planned economy. Denmark is a market economy”.

Now, what about capitalism? Let’s take a quick look at the success of the greatest economic system the world has ever seen. Democratic socialists and the Left try to claim that “capitalism is a huge failure”. That’s totally incorrect. Just look at the statistics. According to the World Bank Group, people living on less then a dollar a day fell by eighty percent since capitalism was introduced to the world. Poverty and hunger worldwide were at ninety-four percent before the wonders of capitalism but today it’s under ten percent! Income around the world has risen over one hundred percent thanks to capitalism. To see the greatest results of capitalism look no further than the United States of America. Not one United States citizen lives in poverty by global standards. Amazing! Capitalism has been extremely successful in helping eliminate disease, hunger, and poverty from all over the world.

Capitalism has also given the necessary freedom to entrepreneurs with great ideas to come up with all of the amazing products that we all enjoy today. Thanks to free-market capitalism, high tech Apple and Android smartphones and computers like Mac and PC were created and continue to get much better. We can easily watch anything we want, whenever we want using services like Netflix and Hulu or listen to any song on Spotify. We can order any product that will arrive in two days from Amazon, send money through Venmo, search anything on Google in seconds, book a room or house anywhere in the world using Airbnb, grab a ride with Uber anytime, anywhere and it’s all thanks to free-market capitalism. Even social media sites like Instagram, Twitter, Snapchat, etc are also thanks to capitalism. Capitalism creates everything we enjoy using here in America and all over the world! Under socialism, entrepreneurs don’t have the freedom to create fantastic products and they also have no motivation. Why would entrepreneurs risk everything when all of their profits would just go to the government because of high taxes?

Entrepreneurship and the American Dream would die if America ever became a socialist country so we must NEVER let that happen. Thank goodness we have a President who strongly rejects the ideology of socialism. As he said during his 2019 State of the Union Address, “Here in the United States, we are alarmed by the new calls to adopt socialism in our country. America was founded on liberty and independence, and not government coercion, domination, and control. We are born free and we will stay free. Tonight, we renew our resolve that America will never be a socialist country.” We must re-elect President Donald Trump in 2020 to prevent a very possible socialist destruction of the United States of America!

I hope this, OPENED YOUR EYES. 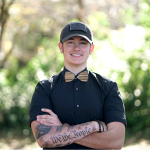