Hunter Biden’s hard drive: the biggest news story of last week (and perhaps the whole year!) and the gift that keeps on a-giving.

Late Thursday (10/16/2020), Rudy Giuliani granted  an exclusive interview to the Daily Caller.  Here’s what we learned.

The journey of Hunter’s hard drive data did not run smoothly. It also took more time than one would assume and has been vetted more thoroughly than the Left wants you to know.

According the Left, the data came from a computer hack. Not even remotely true according to the Post Millenial. But even if it did, the data is still sound. If it “only” showed Hunter’s propensity for alcohol, drugs and underage sex, that would be personal.

What matters to the Presidential Election is the other stuff it revealed: Joe Biden is a traitor committing treason against the country he now seeks to govern.

According to Giuliani, it all began when an allegedly drunk Hunter dropped off three water damaged Apple laptops at John Paul MacIsaac’s repair shop. The “drunk” part was his hesitation at providing his name for the prerequisite forms. Or, maybe, he was wondering which of his aliases to use. In the past, Hunter Biden has identified himself as his deceased brother, Beau Biden, as well as using the alias Joseph McGee. Thank God he used his real name on the repair forms.

Thereafter, he fell off the face of the Earth. MacIsaacs made several attempts to contact him but was not able to reach him and, according to the repair shop forms, after ninety (90) days, the laptop is forfeited and becomes the possession of the shop. Perfectly legal.

MacIsaacs soon realized he was sitting on a bombshell and his life was in jeopardy. Did that stop him? No! In an act of great courage and patriotism, he made copies of the data on the hard drive and gave them to his friends, just in case he was murdered. Not a far-fetched possibility at all.

A few months later, the FBI subpoenaed him and seized the hard drives, but MacIsaacs still possessed copies of the data. So he contacted several Republican politicians. Rudy Giuliani and his team were the first, and possibly the only ones, to respond. Hmmm, perhaps there are still more RINOs than we realize and that Swamp is far from drained.

Bob Costello, Giuliani’s lawyer, then vetted the hard drives. Based on the graphic photos and on confidential dates of events mentioned in the hard drive data, which no one else would know, they were able to confirm their data’s legitimacy. This was further corroborated by another individual who was originally cc’d on the emails and confirmed they are, indeed, genuine.

There are text messages, emails, photographs and disgusting videos.

Most importantly, neither Joe nor Hunter have denied the veracity of the data. And where is Hunter anyways?

Personally, I find the knee-jerk, “Shut ’em down, turn ’em off, silence, silence, silence” reaction of Twitter and Facebook to be the best validation imaginable. As usual, they fail to learn from history so they repeat it. Deactivating Twitter accounts is the book burning of today and it only makes people more curious, more inquisitive, more determined to read the banned data!

While Leftists engage in what Giuliani calls “pettifogging nonsense,” splitting hairs about serial numbers and metadata, the Right is delighted that more verification of Biden’s treason has come to light. We always knew about it. Now we have another smoking gun.

And this is the man who sought (past tense now!) the highest office in the land: Joe Biden of the Joe Biden and Son Crime Syndicate. 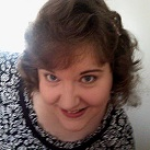