The failing New York Times is back at it with their anti-Kavanaugh propaganda. The latest scam comes right after Christine Blasey Ford’s accusations were ousted as being politically motivated.

Nothing came of those allegations because they were false and orchestrated by Democrats to block our President’s pick for a Supreme Court Justice. Blasey Ford’s friends even doubted her testimony. The New York Times helped spread those lies among others, but now their sights are set back on Kavanaugh.

The NYT reported that Deborah Ramirez was a Kavanaugh victim during an incident at Yale University. She alleges that he shoved his private parts in his face. The media outlet tweeted out that information but later deleted it for being “poorly phrased.”

One of Kavanaugh’s male classmates is now coming out with allegations of sexual assault. In this accusation, Max Stier, says that he saw Kavanaugh’s “friends push his penis into the hand of a female student.”

Yes, you read that right, this man is alleging that Kavanaugh’s friends put his penis in a person’s hand? I can’t wrap my head around that but maybe you can?

In the Max Stier allegation, the book the NYT op-ed was based on specifically notes that the alleged victim had no recall of any of the reported incidents. Friends of the victim have also denied remembering anything related to the accusations.

The NYT did make a correction, but it is very sloppy considering their history of perpetual fake news coming out of the outlet. They have already formed or deepened liberal hatred for Justice Kavanaugh. The original report is seen way more than the correction and since they have already helped spread this delusion, people will believe it no matter what. The NYT has been shaping minds with these tactics for situations exactly like this.

The allegations are so crazy that even Christine Blasey Ford’s father still supports Kavanaugh, even during his daughters ordeal.

Should the NYT be shut down? Tweet me @GeneBrownUSA 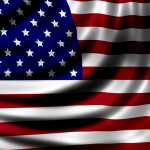