By An American Conservative:

For his entire presidency, Pres. Trump has been called a fascist, an authoritarian, a man who would be king, and a dictator. Well, if Trump is a fascist dictator, he is the worst in history. Now, by “worst,” I don’t mean the vilest, most corrupt, or most vicious; I mean he sucks at it. Everything you would expect a wannabe dictator to do, Trump does the opposite. So, what exactly would we expect of a dictator in the White House?

The nature of a dictator:

A dictator is all about power. In George Orwell’s famous novel, 1984, party zealot O’Brien describes the dictator mindset perfectly:

“The Party seeks power entirely for its own sake. We are not interested in the good of others; we are interested solely in power. Not wealth or luxury or long life or happiness: only power, pure power. What pure power means you will understand presently.”

Every dictator grabs power to themselves; they do this by seizing control of the central state and by extending the state’s tentacles to every area of the private sector and every facet of private life. Dictators maintain power by weaponizing government agencies against their opponents and critics.

Control of the central state

The main way a dictator in the White House would seize control of the federal government is by executive overreach, and the principal tool for such overreach, executive orders. Executive orders do have a legitimate purpose, and that is to direct agencies in how they should execute the laws of Congress. Sometimes, EOs are used to modify or even create laws, which is something only Congress can do; this is an abuse of the EO power and constitutes executive overreach.

Has Trump ever abused EO powers? Yes, but so has every other president. Abusing EOs is like violating traffic laws—we all do it, sometimes. We all occasionally speed or do a rolling stop or follow too closely. The vast majority of Trump’s EOs are legitimate uses of his power, and many of them simply reversed unconstitutional abuses by Obama. Going back to my analogy of breaking road laws, Trump’s abuses are like the slight speeding or the occasional rolling stop that we all do, while Obama’s were more like a criminal fleeing the police in a high-speed chase.

Trump has badly failed in this. Instead of increasing the power of the federal government, Trump has greatly reduced its power through aggressive deregulation and reduction of the size and scope of various agencies. Under Trump, for every new regulation enacted, two existing regulations must be scrapped. This is the exact opposite of what a dictator would do. You would expect a dictator to set a new record for most regulations enacted under a president, like Obama did with nearly 20K new regulations. You would expect him to expand the size and scope of his agencies just like Obama did with examples including the EPA (about 4K new regulations) and the FCC with the illegal enactment of net neutrality.

We would also expect a dictator to extend the reach of the federal government into every private sector and every facet of private life. Trump has been giving power back to the states and to citizens like Oprah handing out gifts. Trump is waging war on consumer protection laws (code for government intrusion into the free market), and oppressive regulations such as the Obama EPA’s 2015 Clean Water Rule that hamper farmers by suddenly making the mud puddle in the middle of their field part of WOTUS. He is decreasing federal control of education by supporting charter schools and giving the power of choice back to the parents. The Left especially hates this one, and again O’Brien from 1984 helps us to understand why in his description of power:

“Power is inflicting pain and humiliation. Power is in tearing human minds to pieces and putting them together again in new shapes of your own choosing.”

The Left seeks to maintain a tight grip on education in order to reshape the minds of our youth so that they no longer engage in independent, critical thinking, but unquestioningly accept any left-wing propaganda they choose.

It’s amazing to me to see how Pres. Trump faces a daily deluge of the foulest, most dishonest attacks against his policies, character, and even his family, and yet, none of the perpetrators face any consequences from the president other than a critical tweet or calling them “fake news.” If Trump was a dictator, wouldn’t we expect him to weaponize various agencies against them? To illustrate how a wannabe dictator in the White House would react, we turn once again to our prime example, Obama. Under Obama, the IRS targeted conservative organizations. Constitutional scholar, Ilya Shapiro wrote,

“After seeing a rise in the number of applications for tax-exempt status, the IRS in 2010 compiled a “be on the lookout” (“BOLO”) list to identify organizations engaged in political activities. The list included words such as “Tea Party,” “Patriots,” and “Israel”; subjects such as government spending, debt, or taxes; and activities such as criticizing the government, educating about the Constitution, or challenging Obamacare.”

Obama aggressively went after journalists trying to prosecute them or having the F.B.I. spy on them. Trump ridicules them as fake news. I’m sure China is thinking, “Hum, instead of killing them or whisking them away to re-education camps, maybe we could try calling them, ‘fake news.’” When Michael Moore made a documentary critical of Trump and his presidency, Trump’s DOJ didn’t raid Moore’s house looking for evidence of a crime to charge him with, unlike Obama’s DOJ who raided and prosecuted Dinesh D’Souza after he made a critical film about Obama. Dinesh was guilty of $20K worth of illegal straw donations, which he freely admits, but the stacking of charges and the harshness of the sentence, when compared to others guilty of the same crime, make it apparent that this was more about political retaliation than justice.

As a quick aside, it is not within the scope or purpose of this article to enumerate all of Obama’s abuses, one could write an entire series on that subject, but simply to contrast a true White House dictator like Obama against Trump. For those interested in investigating Obama’s copious constitutional offenses, a great starting point is Ilya Shapiro’s article, Top 10 Ways Obama Violated the Constitution during His Presidency.

Despite the constant accusations of the Left that Trump is a dangerous, fascist, dictator, and a wannabe king, Trump has done exactly the opposite of what one would expect from a dictator. Trump has cut the size, scope, and power of the federal government through unprecedented deregulation, staff reduction, and the pursuit of policies designed to give power back to the states and to the private citizens. He truly is the worst dictator in history. 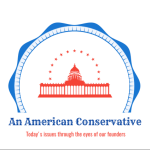 Will America Go to Pot?