There has been a lot of talk recently about socialism. Politicians like Senator Warren, Bernie Sanders, and AOC seem willing to throw away everything we’ve built in the name of socialism. Because of that, I thought it would be good to write about the virtue of capitalism. Capitalism is a great system that has brought us an incredible amount of prosperity. It needs to be defended.

The Systems of Economic Evil that Existed before Capitalism:

So, why is capitalism a virtuous system? What makes it great? The logic of consent. Capitalism is the only economic system tried thus far that relies on consent rather than force. That is what was so groundbreaking about The Wealth of Nations and is what makes it easy to defend the virtue of capitalism.

Feudalism relied on brute force. Nobles taxed and stole from the peasants. It wasn’t a virtuous or moral system, it was an evil system. As Francisco D’ Anconia notes in his quote about money, any monetary system that relies on force rather than consent is bound to turn men into slaves. That was the case with feudalism. Many of the serfs were tied to their land like slaves. Hopefully, that shows why it was an evil system. Luckily Europe began to transition away from it, especially with the rise of the British Empire.

Mercantilism was the next system tried by the Western world. It was better than feudalism. Many in society were free to rise up in society. They could become merchants and create fortunes for themselves, or head to colonies and start a new life. However, it still had negative aspects. The main negative aspect of mercantilism was that it relied on the theory that there was a set amount of wealth in the world and nations had to seize their share to grow richer.

It relied on force and colonies. Additionally, it relied on heavy tariffs with outside nations, thus limiting trade. Citizens could trade with other members of their nation and their nation’s colonies, but couldn’t trade efficiently with other nations. That hampered economic growth but made sense to supporters of mercantilism because everything was a zero-sum game. Without those vices, few countries could be successful in the age of mercantilism. But some countries were able to. How did they do so, and do so morally? Through capitalism and the virtue of capitalism.

The Advent of Capitalism:

From those two evil systems rose capitalism. Holland experimented with it. Adam Smith wrote about free markets and the invisible hand of the market. The fledgling United States took the ideas of Smith and the example of small capitalist nations and ran with those ideas. Our leaders, men like Hamilton and Washington, recognized the importance of a monetary system and how it would help others see the virtue of capitalism, so they made it one of their defining accomplishments in the early American Republic.

Thomas Jefferson was pushing for an agricultural state and a system of small republics. Hamilton recognized that the agricultural system pushed forward by Jefferson relied on slavery and called Jefferson out on that. True capitalism couldn’t exist alongside slavery and its evils. His commercial system, however, did not rely on slavery. Instead, it relied on finance, stability, and entrepreneurial spirit. That’s why his system won- it made more sense, took advantage of the virtue of capitalism, and was obviously more successful.

With a way to issue bonds, raise funds, and allow a financial system to thrive, America quickly rose in prominence and importance. Capitalism is the system that led to that success and the virtue of capitalism provides the moral backbone for it. Capitalism and finance allowed the building of the Transcontinental Railroad and many other accomplishments of the Gilded Age. They are, therefore, what vaulted us into worldwide prominence. Now our financial system is the top one in the world and our economy is the largest. That wouldn’t have happened without capitalism and the virtue of capitalism.

So now that we’ve established capitalism’s credentials as a sound system, why is it so moral? It is moral because it is a system that doesn’t take advantage of anyone by force. Yes, sometimes people feel like they have been taken advantage of by capitalism. Usually when they’re sold a bad product, or struggle under crushing debt. But that’s not a product of the capitalist system that we have. Those are the products of a few bad actors, or a misunderstanding by some of how debt works. And here’s a counterpoint to those situations- no one forced anyone to buy a bad product or take on too much debt. That was a self-inflicted problem.

If we were a communist nation, then perhaps people would be forced to buy awful products. But since we have free markets, people can buy whatever they might like.

I’m not fully sure how to state my point well here. But what I’m trying to say is that capitalism is a moral system because it is a system built on liberty and consent. “Laissez faire”is the French term that has been associated with it since the American Revolution. That term is perfect as a summary because it means “free to do.”

Under a capitalist, free-market system, people are free to do whatever they may like with their money and can earn it however they like. That is the virtue of capitalism.

There are no state-ordered jobs or gulags if they don’t comply. Instead, they can do what they like and how they like it to earn money and spend or save that money. That is the virtue of capitalism and I can’t imagine a system more moral than that.

The Conflict between Capitalism and Socialism:

Socialism forcibly takes your money away, as does communism. But under a capitalist system, you can do whatever you might like with your money. That dichotomy is shown well in Atlas Shrugged. In Atlas Shrugged, America is becoming a socialist state because of bureaucrats.

The government is continually implementing burdensome regulations and productive citizens struggle to cope with the new rules, taxes, and regulations. The socialist state created by corrupt businessmen and bought-off politicians is a hellish one.

However, in the book, there is a place for productive citizens where the full benefits of capitalism are shown. I can’t say any more about it without spoiling the book, but that place reserved exclusively for capitalists does an excellent job of showing the dichotomy between socialism and capitalism, the virtue of capitalism, and why capitalism and freedom lead to societal success.

Socialists today call their system the moral one. They want to take your money to feed and house the poor. Or take your money to provide free college for everyone. Or any other harebrained scheme meant only to buy votes by expanding the welfare state, not to be practical. At the core of their beliefs, however, is the desire to take your money by force and redistribute it to the lazy and unproductive members of society. They call that desire “moral” or “humane”. I call it an evil impulse that spits on the virtue of capitalism.

The virtue of capitalism is that it is predicated on liberty, choice, and consent. You can buy what you want when you want, as long as you have enough money. And more importantly, in my opinion, you can work and earn money how you please. Your job is determined by what job you can get based on your skills, qualifications, and the consent of both you and the business owner or hiring manager.

The government doesn’t tell you where to work or how much you will be paid- that is based on your negotiating skill. And no employer can keep you if you want to leave. Slavery, the bedrock of mercantilism and feudalism, is gone. It and the other vices of those systems have been replaced with something infinitely better- consent. And consent is what is behind the virtue of capitalism.

As a summary, remember that the virtue of capitalism is that it relies on consent. Because of consent, capitalism has meant freedom and liberty for everyone that lives under a free market, capitalist society. Sadly, America has started to shift away from capitalism.

Like Europe, we have become a regulatory state dominated by the few big businesses that can pay to find ways to deal with the regulations. That atmosphere goes directly against capitalism, which relies on innovation and entrepreneurs to be successful. Economic growth requires those two things. Without them, our economy will stagnate and big businesses will dominate us even more.

So what is the solution? Cut the regulations and taxes. Let small businesses survive. They can’t survive the current regulatory environment. They can survive and even thrive, in a laissez-faire environment. Bring back that environment, the environment that takes advantage of the virtue of capitalism.

I hope this article did a good job of showing why capitalism is moral, especially in comparison to the other systems. Feudalism relied on a complex system of authority, serfs tied to the land like slaves, and violence. Mercantilism relied on colonization, slavery, and tariffs. Socialism and communism rely on the redistribution of wealth away from the productive and too the leeches in society, and on prison camps for anyone who disagrees. Socialism and communism are the most evil of any other systems, in my opinion.

But capitalism shines through. Free markets mean trade, wealth,  and economic growth for all countries involved. Entrepreneurial spirit means constant innovation and job creation. Economic growth and innovation mean increased prosperity. The virtue of capitalism is that its backbone is consent and because of that it creates a free society. That free society is infinitely better than any society created by socialism, feudalism, or mercantilism. Capitalism is great!

By: Gen Z Conservative, author of the blog www.genzconservative.com 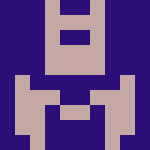